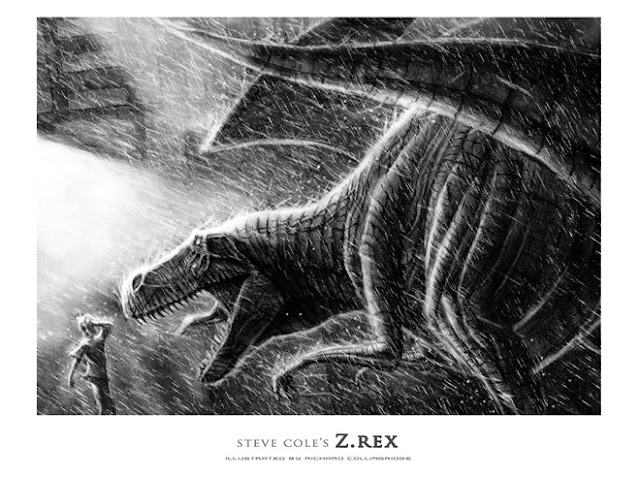 © richard collingridge 2008-12
This is an image I produced around the end of 2009. It was for an interior to the paperback version
of best selling author, Steve Coles 'Zrex'.
The Author liked it so much that he asked if he could have a print! (I'm not even sure if it was used
in the final book, as the cover art I did for it was pulled.)
The art director on the project offered that I sell him a 'Giclee' print for x amount of money, which
was all well and good until I found that there is about two places in the world (slight exaggeration)
that sell them... I eventually found a place when I got back to Paris, but I don't know if the author
was best pleased with the delay!
This was done in pre graphic tablet days, so the materials used were graphite stick and Pencil,
(and some added contrast in Photoshop)
Labels: Atmosphere childrens book Graphtie stick illustration pencil print Rain random house richard collingridge Steve Cole trex YA. zrex 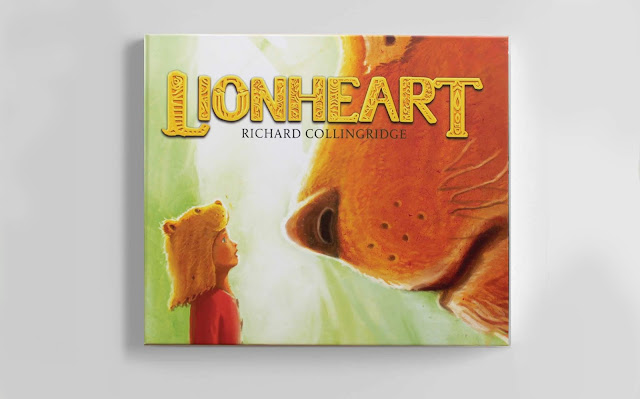 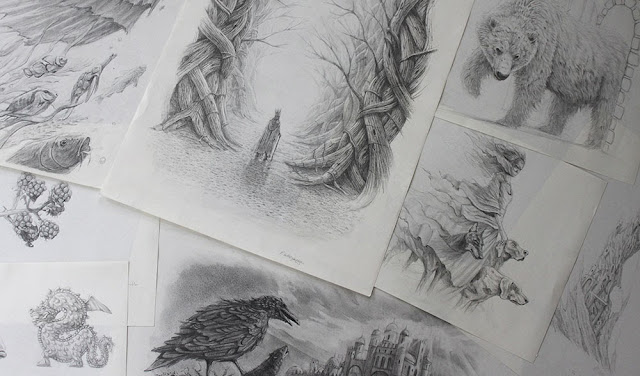